How God Loves Us 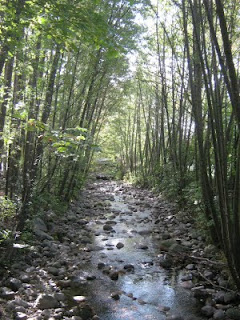 The Hebrew word is used in the Old Testament to represent the kind of faithful, covenant love between God and His chosen people.

I want to embrace all this entails.
Posted by Something About the Joy at 6:56 PM No comments:

To Fix or Not to Fix: That is the Question

Our church is going through a difficult time. Actually, that’s an understatement. Everything that could go wrong in the process of transitioning from one pastor to another has happened to us. About the time we think we’ve weathered the worst of the storm, another huge wave breaks over our heads and more people are slammed down into the surf and come up spitting sand out of their teeth.

I am a deacon, and I assumed, when this all began, that my job was to fix things. That’s what deacons do, right? So I spent my time frantically running from one chaotic situation to another, trying to right all the wrongs.

But before I could accomplish much, I distinctly heard God say, “Ginny, I want you to quit trying to fix things. I’m not finished un-fixing things, and you’re just getting in my way.”

Well. That was a surprise. Wasn’t God supposed to fix thing? To right wrongs? I’d always supposed so. But I was sure God had spoken, so I stepped back to reconnoitre. I began observing God at work among us, and before long I came to the reluctant conclusion that it was actually He who was stirring the pot.

I’ve said this to some of my friends, and it’s resulted in a lively debate about whether or not God causes wrong things to happen. That’s an interesting subject. Maybe one we should talk about in another blog post. But for now, all I can say is I felt I saw God nodding, as if everything were working together for good, every time someone said something hurtful and someone else said a hurtful thing back. I cannot explain this, but I know God is here, and He has not been fixing things. Yet.

Last week our Care Group studied John 11. In this story, Jesus deliberately delayed “fixing” Lazarus. He heard his friend was sick, and so he stayed where he was for four days. Apparently, in the Jewish tradition, a person is not officially dead until he has not breathed for three days. Lazarus was officially dead when Jesus came to visit.

Jesus could have fixed this situation before it became so impossible. He could have saved people he loved a lot of grief. Yet He didn’t. Instead he let Lazarus die, and when He finally arrived on the scene, he cried with the mourners.

Why? It’s an easy question to ask when we’re in the midst of the pain. But God tells us why in this case, and it’s the same answer He gives us when we anguish over unanswered prayer.

He wants to teach us something about Himself that we can only learn when things are impossibly miserable.

He wants us to learn that nothing is too hard for Him.

He wants us to discover the depths of our need, and to realize that death is the ultimate end of all the world’s brokenness.

He wants to reveal that He has planned all along to bring life out of our death-ness, and nothing will stop Him from doing it. Not stones in front of tombs; not binding grave-clothes; not sceptical observers; not conniving religious leaders who will kill Him for what He has done.

The interesting thing is that nothing has changed about what I do. I still cry with people, comfort them, direct them toward different thinking, admonish and chide gently. But I do it differently now. I cry without desperation; my comfort is not sentimental; my admonitions have become simply loving suggestions and my chiding is less frantic and dictatorial.

Why? Because I know God is in charge. He is doing something. He knows what He’s doing, and it is good. I’ve learned to trust. To be restfully available and instantly obedient. It’s so much more satisfying than trying to fix everything, and it works better too.
Posted by Something About the Joy at 8:55 AM 1 comment: