The Bible: The Most Misunderstood Book on the Planet 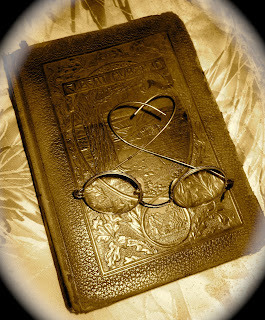 I have no evidence that the Bible is the most misunderstood book on the planet.  Many other books, particularly religious ones like the Koran and the Bhagavad Gita, are probably misunderstood as well.

Religious books are prone to be misunderstood for two reasons.

First, they are complex.  Like jigsaw puzzles, you can put together pieces of them in small sections, but the sections don't make sense until the whole puzzle is completed.

But the second reason religious books are misunderstood is, I believe, more common.  These books are usually misunderstood because most people don't bother to read them.  And that's surprising to me, especially when you consider that at least one of those books is so amazing.

The Bible is amazing!

It's been the world's best selling book every year since the invention of the printing press, and for good reason.  This book has had a bigger impact on cultures all over the world than any other one book.  That's a statement that's easy to defend.

If the Bible is the world's best seller, you'd think it would also be the best-read book on the planet.  And it just might be.  As of 2014, the whole Bible has been translated into 531 languages, with parts of it translated into 2883 languages.

But because the Bible has had such a pervasive cultural influence, especially on the development of our Western worldview, the actual words of the book have become lost in the milieu, and most people in the developed world who subconsciously embrace that worldview are biblically illiterate.

I think it would be easy to defend the statement that after 20 centuries, the average citizen of any nation whose development has been significantly impacted by the Bible now has only a vague idea of what the book actually says.

What the average citizen "knows" about the Bible is now founded on second-hand opinions and rumors built up over the years since the time when first-hand knowledge of the Bible was considered an essential part of a responsible citizen's education.

I've just come, this morning, from an exhilarating read in I Kings, part of the chronicles of the history of the nation of Israel, and I've been struck by how applicable the theology of that history is to our current political situation.

The stories make no statements about the particulars of the presidential race in the United States.  They do not offer any solutions to our political problems today.  (I believe those solutions are found in other sections of the jigsaw puzzle!)  But this historical account of things that happened in the politics of Israel 2500 years ago sheds light on government in general.

It's not a pretty picture.  The politics of Israel as recorded in the Bible seems to illustrate the apparent universal inability of human beings to rule themselves successfully.  But if you're tired of all the rhetoric about American politics--if you'd like to step back from it all and get a bigger picture of the whole situation from the perspective of human history as a whole, I highly recommend a careful study of the past as recorded in the book of I Kings.

I read chapters 17 through 20 this morning and thoroughly enjoyed it.
Posted by Something About the Joy at 11:29 AM No comments: